With retro gaming currently being somewhat in-vogue, we thought it prudent to look back upon some of the more popular titles from the era of the PS2.

Building upon the success of its predecessor, “SSX Tricky” was one of those PS2 titles which helped to sell the console’s graphical abilities and boost its “fun factor”.  It’s essentially a free-wheeling snowboarding title which mixes arcade elements with the sensations associated with a fast racing game.  The thing that tied it all together of course were the tricks you’d pull off while slaloming downhill at a breakneck pace, which involve all sorts of crazy rotations and flips. 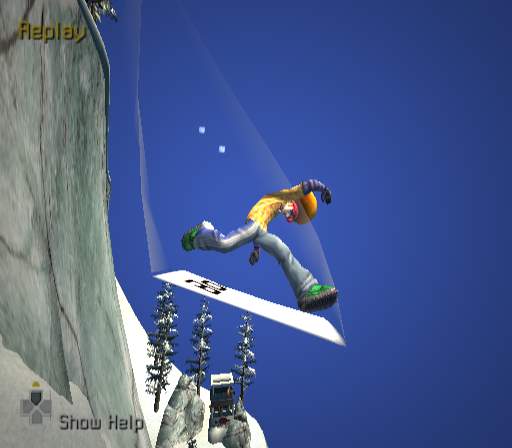 Picking up where SSX left off, SSX Tricky essentially provides a nearly comparable experience as the first entry, only somewhat expanded.  This time around each specific character was granted “uber moves” which they could use to generate an infinite boost (assuming they landed successfully, of course).  The fun didn’t end there though, for players intent on dominating the world circuit tournament, there was also a rivalry element which meant certain A.I.–controlled players might develop a rather unfriendly demeanor toward you.

The real star of the show however are the tracks themselves, which have been greatly expanded in a number of ways from the original.  Additionally, extra courses were also added in order to fill everything out a bit more. With the option to practice, free ride, compete in a single event or go all out with the world circuit, the game also provided plenty of variation as well as a way for less skilled players to more easily improve. 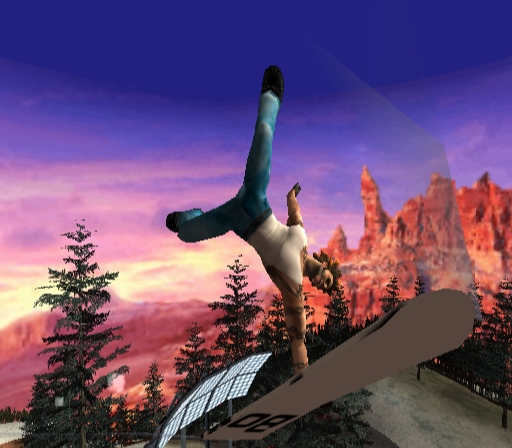 Both critics and gamers really responded quite well to SSX Tricky’s gameplay as well as its soundtrack, which features a large number of well-known artists such as Run DMC, and other DJ’s.  Likewise, fans of the Beastie Boys will be excited to learn that Mixmaster Mike actually worked on the game’s music.

The most appealing part of the game of course is its flair for delivering spellbinding and somewhat tense racing action across a variety of frozen landscapes.  In fact, some of the courses are so outlandish and fantastical that they’re almost laughable, but not in a bad way.  You’ll also delight in uncovering obscure pathways through each map which will also afford the opportunity to pull off certain tricks which might otherwise be impossible.  It combines a sort of high-flying experience with a racing title and the sort of mechanics you tend to find in skateboarding games, to great effect, we might add. 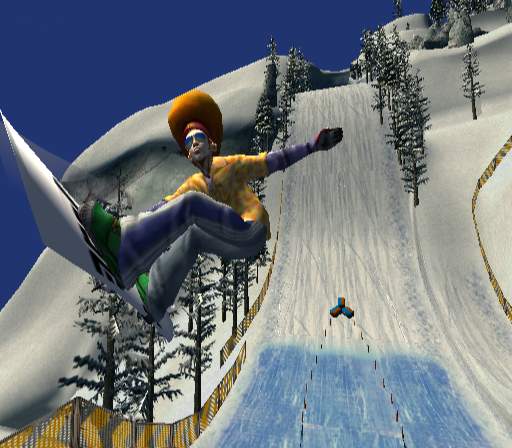 Even though this game was released in 2001, many still feel as though it’s one of the absolute best snowboarding games ever made.  Regardless of whether or not you accept such notions, there’s no disputing that it’s certainly one of the most impressive and prominent on the PS2.