Long before we had motion capture and movement recognition on our PS4’s, XB1’s, PS3’s, etc. there as the “EyeToy” for the PlayStation 2.   That’s right, the PS2 (an amazing little console that still holds world records in several categories) was first to initiate the idea of incorporating this type of technology into gaming and actually managed to do so successfully. While many of the refinement we enjoy wouldn’t really come along until later, there were a number of specific games that utilized this system, EyeToy: Monkey Mania being among them. 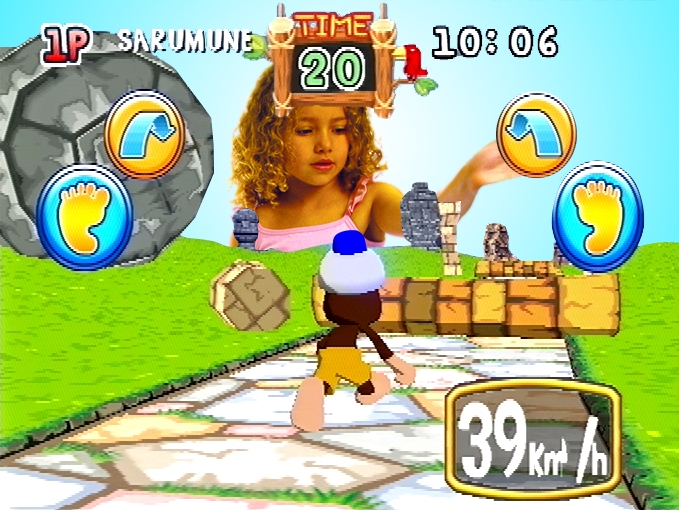 For those that don’t know, the basic concept of Monkey Mania is loosely plotted around the Ape Escape franchise. Moreover, even though the title was released in 2004-2005, it still offers a relevant gaming experience, obviously drawing on inspiration from the popular board games of the past.   Even better, up to 4 people can participate in the festivities and there are no less than 50 specific mini-games to sink your teeth into.

Quite obviously, anyone that knows gaming will pick up on the fact that Monkey Mania seems to be a bit of an attempt to recreate the sort of fun found in the Mario Party series. Naturally, we have a completely original creation here, devoid of the same tropes, but the general comparison is worth taking note of, for sure. Again, the big benefit this game has over many others is the fact that it was able to use the EyeToy camera to such great effect.   It might not handle nearly as well as what would come later in the motion control category, but nevertheless, it gets the job done.

Visually speaking, Monkey Mania hearkens to other titles of the era, projecting a certain animated atmosphere that many will find to be instantly recognizable. Varied colors and sweeping camera angles provide the forward momentum needed to make this game come alive. Likewise, transitions from mini-game to mini-game are quite smooth as well. Loading up any particular area will introduce you to what is basically a big board filled with spaces to cover. In other words, you spin for a number and then move that indicated number of slots. Landing on a special round will trigger various events too, which is where all the fun is, obviously. The music is also pretty vivid and inviting, providing a tropical / Caribbean backdrop for various types of post-competition fanfare. 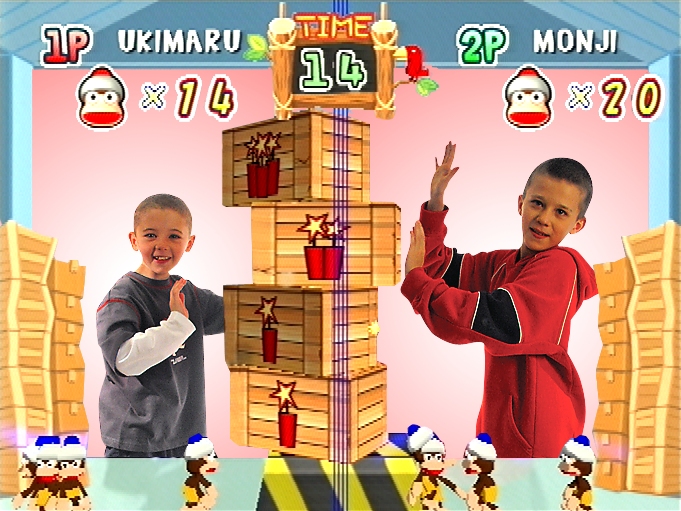 Basically, this is a really fun classic game that retro gamers might want to take a look at, particularly if they own an EyeToy camera. The fact that up to four people can compete in it is also a nice feature, btw.   In terms of basic feel and features it is very similar to some of the earlier to middle Mario Party games, which straight away should get more than a few gamers interested.   Currently, you can snatch up the game and a camera on Ebay for next to nothing, so keep that in mind next time you’re looking for something different from the retro annals to check out.