Sony have now confirmed that the PlayStation 2 Hard Drive, which is already available to PS2 owners in Japan and America, will definitely be released in Europe. A precise price and date have not yet been mentioned, but expect retailers to see stock by early 2005. The Hard Drive announcement also goes hand in hand with confirmation that the highly anticipated Final Fantasy XI will also be making its way to European shores. 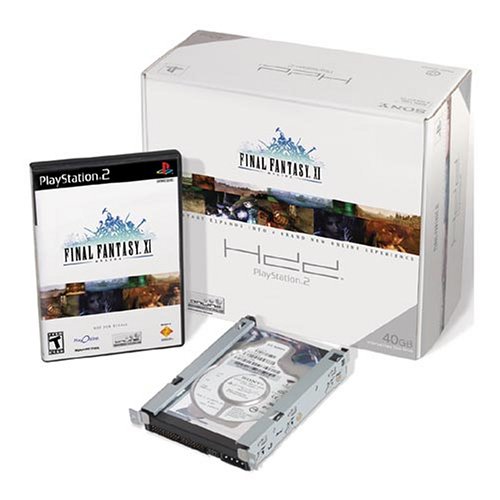 Fulfilling a promise made with the launch of the console, the PlayStation 2 Hard Drive Disk (HDD) will provide a host of features that enhance the PS2 system’s capabilities and open the door for new gaming experiences. The separate PS2 HDD has long been out in Japan, but following competition from the hard disk X-Box, Sony have been awaiting the appropriate time for release in North America and Europe.

Final Fantasy XI proved a perfect opportunity to not only launch the HDD, but bring the FF series’ first online iteration. The PlayStation 2 HDD launched in the US in March 2004 comes pre-installed with a copy of Final Fantasy XI, as well as a number of enhanced system features and it is expected Europe will follow suit.

The PlayStation 2 HDD includes 40 GB of memory storage used for save game data, downloadable content, and caching. Installation of utility drivers is necessary from a compact disc included in the package. By installing the drivers, you can essentially interact with the HDD from the PlayStation 2 browser. The process is similar to starting the PlayStation 2 Network Adaptor – simply insert the disc into the unit and turn it on.

Note that the operation of the HDD requires the use of a Network Adaptor. While the HDD doesn’t necessarily need to access the Internet during use, it cannot receive power from the unit without being connected through a Network Adaptor. This isn’t an issue for the many PlayStation 2 users who already own a Network Adapter and play games online.

Once you’ve installed the utility drivers, the HDD offers a number of features and enhancements to the PlayStation 2. Just like a memory card or media disc, the HDD appears on the system browser. You can access the HDD, like any other object in the browser, to view data, execute programs, or delete data. Installing and deleting data from the HDD is identical to completing the same operation on a PC, except you can use a Dual Shock 2 controller instead of tapping a keyboard. 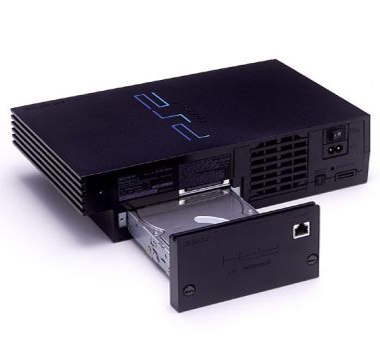 Final Fantasy XI is the first game to take advantage of the HDD and its abilities to reduce loading times and increase the system’s power. PS2 being the least powerful of the current generation of hardware, the HDD goes far in augmenting the experience of playing on the PlayStation 2. Beginning with Final Fantasy X in Japan, the HDD has been enhancing games for well over a year.

Titles taking advantage of the HDD’s abilities are certainly in development, yet haven’t been announced. In addition to increasing the speed of data transfer, the HDD enables downloadable content on the PlayStation 2 – select titles will allow additional content to be downloaded from dedicated servers. SOCOM II: US Navy SEALs and Syphon Filter: The Omega Strain are to be the first titles offering downloadable missions.

Although the HDD is over half the cost of purchasing a new PS2 Console, the PlayStation 2 Hard Drive Disk offers a number of features and enhancements that make it worthwhile for those willing to invest the money. Minimizing the need for memory cards, the HDD enables easy data swapping; in addition, the 40 GB storage capacity ensures plenty of room for downloadable content and of course, the added memory provided by the HDD allows for faster loading times.